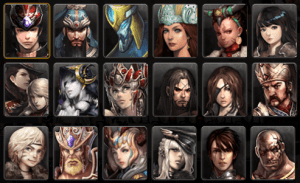 This guide is specific to Atlantica Global, when players first rush into it; this will become outdated after the first 3 or so months into Global.
The ‘rankings’ we’ll be going by aren’t how powerful or useful the mercenaries are, alone; it’s heavily influenced by the limited scope of choice (4 mercs) that you have. Some players will focus on PVE, some PVP (FL), and some with a bit of both, so I’ll give a number/ranking based on such.

Ranking 1 (Best) – to – 6 (Worst). A reminder that you will have a total of 4 choices/these summon orbs.
1: You probably really want to get this merc.
2: Most likely going to get them at some point.
3: Wouldn’t recommend picking them, but not a bad choice.
4: Are you sure you want to pick this one? There’s better choices.
5: You’re literally memeing at this point.
6: No.

An added edit (to the below comment/image)–Dragon’s Treasure Chest will also be available in mentor/mentee quest rewards.

"Forward the Foundation" - Hari Seldon View all posts by ArcanicVoid

This site uses Akismet to reduce spam. Learn how your comment data is processed.